You are here: Home / Resources / Liturgical Resources / Gender Based Violence -16 Days of Activism

16 Days of Activism Against Gender Based Violence Campaign

by the Christian Network – Talanoa

Domestic violence, sexual offences, bullying, harassment and any kind of abuse are criminal acts against humanity and a violation of the rights of women and children.

The Christian Network – Talanoa is an alliance of ecumenical partners and individuals convened by House of Sarah (HoS) of the Anglican Diocese of Polynesia in 2013 to talk with each other, share information and take collaborative actions to address violence against women. Beginning in 2013, the alliance had been focusing on breaking and removing the culture of silence and shame around violence against women through joint activities during 16 Days of Activism. The activities aim to create more understanding and conversations on the harmful effects of violence on women and children, the community and country in a bid to rallying efforts to rid of this wide-scale problem permanently

In the Pacific, the examples of harmful and criminal behaviour faced by women are domestic violence, rape, harassment, bullying a forced and early marriage, gang rape including sorcery related violence.

The 16 Days of Activism Against Gender Violence Campaign is an opportunity to show collective actions and solidarity in efforts to end violence against women. In 1993, the United Nations Declaration on the Elimination of Violence Against women defined violence against women “as any act of gender based violence that results in, or is likely to result in, physical, sexual or psychological harm or suffering to women, including threats of such acts, coercion or arbitrary deprivation of liberty, whether occurring in public or in private life”

The 16 Days of Activism began in 1991 as an initiative of the Centre for Women’s Global Leadership (http://16dayscwgl.rutgers/edu) based in New Jersey, United States of America. Over the years the campaign has been widely supported by women’s organisations, civil society organisations, faith based organisations, governments, private sector, educational institutions, communities including development agencies.

The 16 days runs from 25th November, UN International Day for the Elimination of Violence against Women, to 10 December, Human Rights Day. The campaign spans these 16 Days in order to highlight the links between ending gender-based violence and human rights values and that gender-based violence is an international human rights violation. Further details of the significant dates to observe within this 16 days’ period are:

November 25: International Day for the Elimination of Violence Against Women

November 29: International Day of Solidarity with the Palestinian People

December 2: International Day for the Abolition of Slavery

December 6: Anniversary of the Montreal Massacre

Approximately two-in-three women reported having experienced violence from their spouse in the Pacific island countries which is alarmingly high by world standards.

The Fiji Women’s Crisis Centre’s (FWCC) national research released in 2013 on Women’s Health and Life Experience in Fiji (2010/2011) provided alarming prevalence of violence faced by women. These include:

*64% of women who have been in intimate relations have experienced physical and /or sexual abuse by a husband or intimate partner in their lifetime;

*72% of ever-partnered women experienced physical, sexual or emotional violence from their husband/partner in their lifetime and may suffered from all three forms of abuse simultaneously;

*15% of women have been beaten during pregnancy and one third of these were punched and kicked in the abdomen by their husbands or partners.

Data collected in other countries through the Family Health and Safety Studies (FHSS), implemented by the Secretariat of the Pacific Community (SPC) and women’s NGOs (in Fiji, Tonga (Ma’a Fafine moe Famili) and Vanuatu (Vanuatu Women’s Centre) and supported by UNFPA and the Australian Department for Foreign Affairs and Trade further show that:

*In Kiribati, 68% of ever-partnered women reported experiencing physical or sexual violence, or both, by an intimate partner.  Twenty three percent (23%) of women who had ever been pregnant reported being physically abused during pregnancy.

*In Samoa, 24% of women reported physical violence during pregnancy.  Women who reported abuse were significantly more likely to have children who died (16% compared with 10%) and to experience miscarriage (15% compared with 8%) than women who did not report violence. Forty six percent (46%) of women who have ever been in a relationship have experienced one or more kinds of partner abuse. In addition, 65% of women reported being abused by someone other than a partner, primarily physical violence (62%).

*In the Solomon Islands, 64% of ever-partnered women aged 15-49 reported physical and/or sexual violence by an intimate partner.  More women reported severe violence (34%) than moderate violence (11%).  Sexual partner violence was reported by 55% of women.

*In Tonga, 40% of ever partnered women aged 15-49 reported lifetime physical or sexual violence. Sixty eight percent (68%) of women above the age of 15 reported physical violence from non-partners such as male relatives.

Join with us during 16 Days of Activism and help us put a spotlight on any form of violence and abuse faced by women and children in Fiji and other Pacific island countries. 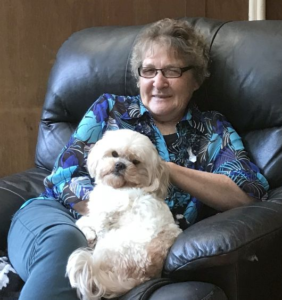